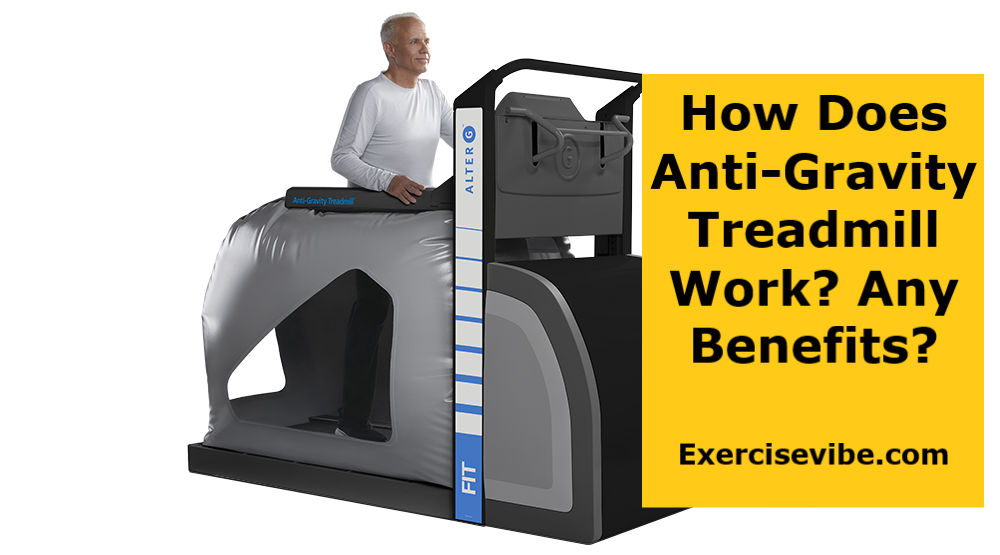 The anti-gravity treadmill, also known as a zero gravity treadmill, is beneficial in the therapeutic setting since it might help patients to perform rehabilitation therapy with less pain. People can walk or run at a lower percentage of their body weight with this remarkable treadmill. Some even claim that it’s the same weightlessness as one would feel on the moon.

Workouts on the Alter G are enjoyable for everyone, including those who dislike exercise because of fatigue or mobility limitations. Many people even look forward to working out on the Alter G. As a result, they are among the most expensive treadmills available on the market today.

What Is An Anti-Gravity Treadmill?

The anti gravity also known as zero gravity treadmills are a special types of equipment that provides the sensation of weightlessness by suspending your body in an adjustable position. You can choose how high or low you want to go, and the springs will give you the feelings of walking on air pressure.

Once you begin to move forward on the treadmill, the belt will gradually begin to pull you forward,

The “anti-gravity treadmill” was designed in the 1990s by Robert Whalen, a NASA Ames Research Center biomechanics specialist.

As an astronaut on the International Space Station (ISS), Whalen was well aware of the fact that astronauts must engage in a regular routine of physical activity in order to counteract the bone loss and muscle atrophy that occurs in microgravity. However, the ISS’s treadmill has always left a lot to be desired. Instead of using gravity, the treadmill is equipped with straps across the shoulders and hips to keep the astronaut in place.

The bungee system can’t replicate the magnitude or types of forces that runners feel on Earth. It makes running  much more difficult and very unpleasant. In a NASA press release, Sunita Williams, the first person to run the Boston Marathon in space, explained her experience: “The straps on my hip caused my foot to go numb and uncomfortable during the marathon. Also, the harness chafed my neck so much that I had to use moleskin.”

Whalen created a treadmill that allowed astronauts to run in a more natural manner while in space. An astronaut’s lower body and a treadmill are enclosed in an airtight chamber according to the design, which was patented in 1992.

That helps maintain astronauts’ muscles and bones strong when they return. Whalen’s plan never came to fulfillment because of funding constraints.

In 2005, Whalen’s son, Sean Whalen, an engineering student at the time, decided to bring his father’s experimental treadmill back to life. His plan was to use the decreased gravity simulator to help rehab patients learn how to stand, walk, and also run again.

The technology has been licensed to a company called Alter G, which appears to be the first to use the term “anti-gravity treadmill”. Rather than providing weight to astronauts in space, AlterG uses the technology to relieve leg and foot injury rehab patients.

How Does the Alter G Anti-Gravity Treadmill Work?

To use it, you must put on a pair of very tight neoprene shorts. Each shorts skirt has teeth on the sides that look like zippers. You enter the device’s chamber, which looks like a bubble and is zipped inside. Thus, the lower body is enclosed and supported by the air pressure. It is possible to alter the body support % for walking or running after the equipment has been calibrated for the individual. 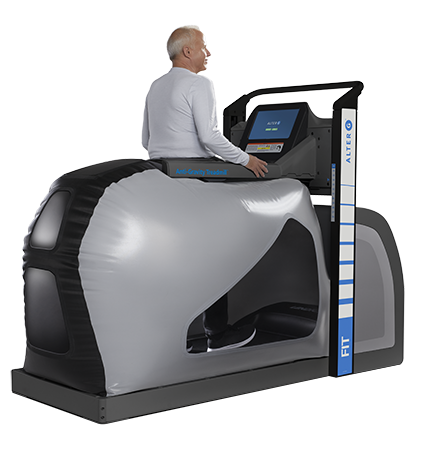 From there, the treadmill runs in the same way as a traditional treadmill, with speed changes for both walking and running. Both the sides and rear of the bubble are transparent, allowing the physical therapist to examine the patient’s mobility and mechanics in order to provide the best treatment possible. Rather than floating inside the system, the user maintains constant contact with the treadmill belts.

The benefits of using the Alter G anti-gravity treadmill includes:

The anti-gravity treadmill is a fantastic resource for persons who have limited physical mobility. However, this is not always the best course of action because there are numerous other treatment choices available for these disorders.

It can assist you in avoiding surgery and saving money on medical expenditures. It also aids in the rehabilitation of patients following surgical operations or injury recovery periods.

It is also an excellent resource for persons who are unable to walk or engage in traditional types of exercise.

Anti-gravity treadmills are a great investment for those who are serious about their health and well-being.

What injuries does the Alter G anti-gravity treadmill treat?

The following are some of the injuries and conditions that can be successfully treated with the Alter G:

What are the drawbacks of using an anti-gravity treadmill?

There is a high risk of damage when utilizing an anti gravity treadmill. It is critical to ensure that people are wearing appropriate footwear, that their body weight is evenly distributed, and that they are walking on a firm surface.

Additionally, persons with balance difficulties or who are elderly may find it challenging to operate this machine because they may have to remain upright while utilizing it.

After prolonged, vigorous use, excessive muscular growth occurs. Excessive muscle growth could be a potential source of  injury and pain on muscles. The gait has been affected as a result of the injury.

Additionally, using the anti-gravity treadmill might cause elevated blood pressure and heart rate, which can lead to circulation difficulties.

How much does an Alter G anti-gravity treadmill cost?

The Alter G anti-gravity treadmill has an approximate cost of $35,000 to $75,000, these treadmills are among the most costly treadmills on the market.

Should I consider an anti-gravity treadmill for physical therapy?

Use of an anti-gravity treadmill as part of your injury rehabilitation or training program has a variety of benefits. Here are a few examples:

You Can Also Read:

Affiliate links may exist in this content. As an amazon associate, we may receive a small commission at no extra cost to you if you make a purchase. Read More

Hi, I am John Abraham. After working as a fitness and health guru for more than a decade, I and some passionate health professionals developed Exercisevibe. It is solely based on providing fitness tips and crucial information about current fitness and health equipment. We try our best to provide you with honest guides and unbiased reviews, including star-based ratings, pros and cons, and features, all based on our in-house algorithm (based on customer and expert reviews) to assist you in making the best decision. Learn More